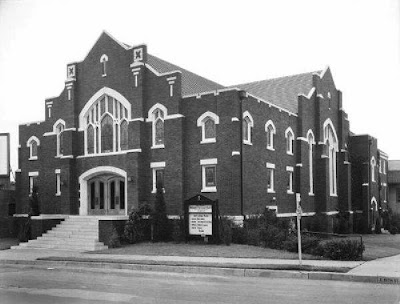 The congregation which would later become St Paul’s  was founded in 1907 by the Reverend Sylvester Morris who founded a number of Methodist congregations in Tulsa. The parsonage of Rev Morris is believed to be the oldest surviving house in Tulsa and is now located in Owen Park.

In August of that year, Rev. Sylvester Morris and a small group of families gathered to worship in the brush arbor at 14th and Rockford. The “church” consisted of a few planks, blocks, stumps and rocks. After six years of meeting in various locations, these early Tulsans received permission to hold church services in the basement of the Bellview School building (later called Lincoln Elementary) at 15th and Peoria.

Later, the congregation moved its weekly church services to a house located at 1441 S. Quincy. In 1913, the church changed its name to Orcutt Memorial Methodist Episcopal Church and a little white church was built at 14th and Quaker. 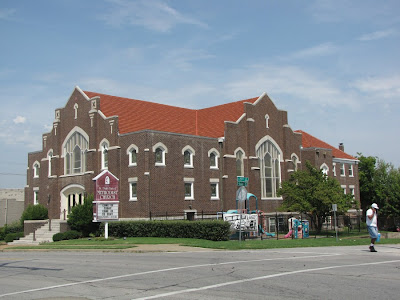 Growth in spirit and body lead to decision in 1920 to construct the current sanctuary located at 15th and Quaker. Construction was not completed until late 1924 and the first service of the St. Paul’s Methodist Episcopal Church was held in December. The new sanctuary was formally dedicated in January 1925. With its exquisite stained glass and its familiar red brick gothic architecture, St. Paul’s has been a Tulsa landmark ever since. In conjunction with the national realignment of Methodist churches in 1968, our church is now known as the St. Paul’s United Methodist Church.